Getting High in Style this 4/20 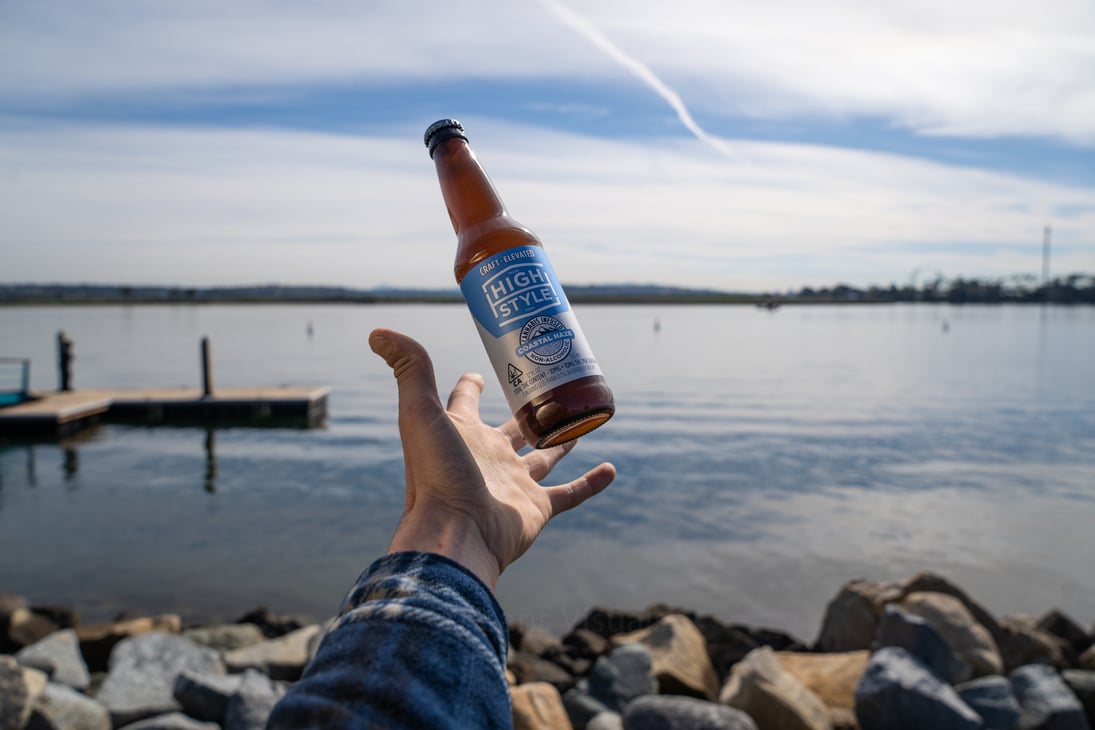 Cannabis is having a real moment right now. Finally, the mainstream world is noticing what we’ve known all along – cannabis is pretty rad and even more versatile. Cannabis has benefits. Everything we buy is getting us high nowadays, from beauty products to our favorite beverages.

Many cannabis users seek the herb because everyone loves a little buzz, and no one loves a hangover (more on that later). That being said, not everyone is a smoker and popping an edible isn’t as casually social as chatting with friends over sips of an adult beverage. While cannabis hasn’t yet made its regulatory way into typical bars and restaurants, products like High Style would fit into that landscape seamlessly (and arguably more important, scentlessly). These brews offer a real a glimmer of hope for those of us who hope to order a fancy THC-infused adult beverage over dinner at our favorite restaurant someday.

Due to rules and regulations we can’t exactly call this spade a spade, but *ahem* it is basically an alcohol-free adult beverage that tastes really, really familiar. It must be the hops. It is so similar that in a blind taste test we conducted with some eager friends and neighbors, no one could tell this spade was any different than the other, more “traditional” spades (at least not until it kicked in!).

Each High Style brew, which comes in both Pale Haze and Blood Orange Haze flavors, packs 10 mg of THC which is just enough for most of us to get a light buzz. Here at Blüm, we are making predictions that THC-infused beverages are about to EXPLODE on the scene and disrupt not only the current edibles market but put a serious dent in alcohol sales as well.

Hard partying on a THC-infused brew could have some serious upside and this is where the spade-to-spade comparison meets a fork in the road.  We are all pretty familiar with the symptoms of a hangover and science has some theories about why they occur. While cannabis research has been limited due to its governmental status as a Schedule 1 drug, this study published by Scientific Reports, concluded that cannabis is 114 times less deadly than alcohol. UH what?! Once again proving that old-timey cannabis scheduling status is completely ridiculous.

Anecdotally many of us cannabis users would relay that we sleep well after consuming cannabis and generally do not wake up feeling remotely hungover. At this point, we live in a weird world of alcohol abundance and wacky THC scheduling laws, so anecdotal is the best we’re gonna get but its good enough for us! So for us “adulty” cannabis users who have to work in the mornings, try swapping your old worn out spade for a High Style. We’ll be there to cheers ya at 5:20 because stigma is bogus and we’re still at work in the four o’clock hour.

How to Throw a Sophisticated Cannabis Dinner