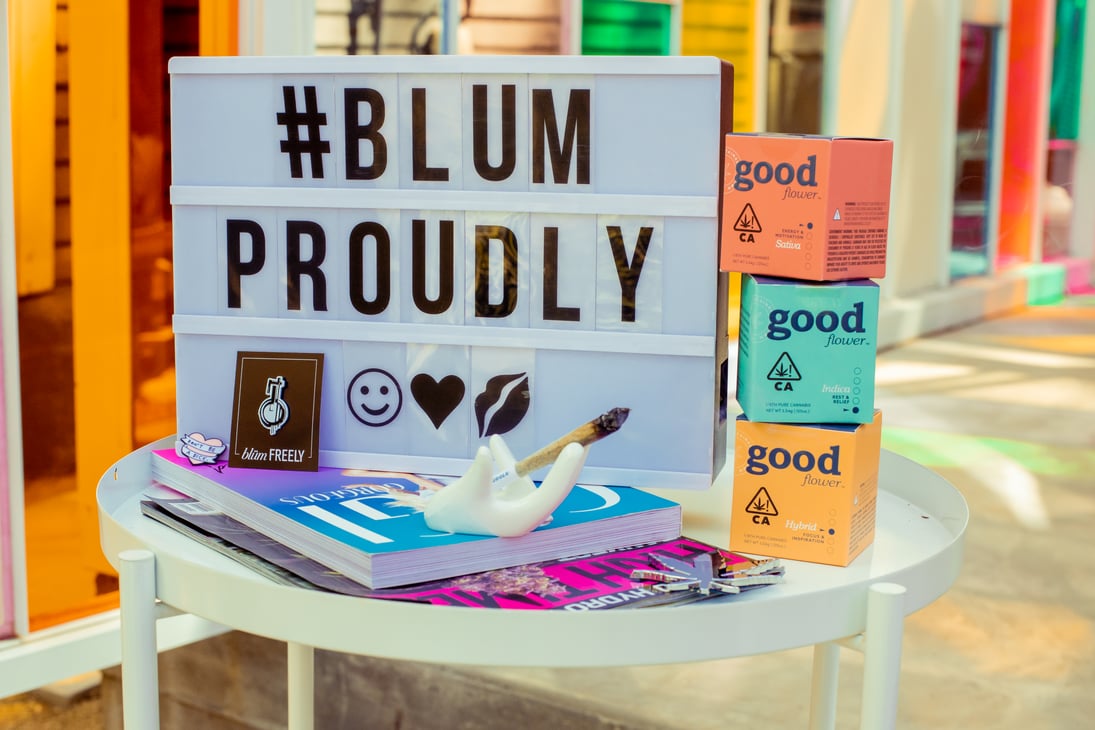 This article was originally published on 6/12/2019 on Hightimes.com

It’s that time of year again. The month-long period where large companies, banks, and politicians start selling products and apparel decorated with rainbow Pride flags, glitter, and slogans like “Let’s get one thing straight: I’m not” and “Yasss”.

Corporations love Pride Month. But it may (or may not) surprise you to learn that the vast majority of companies and organizations who sell Pride merch during June don’t actually do anything to help the community whose imagery and slang they’re all too happy to appropriate. Furthermore, many of them aren’t too keen on showing any support to the LGBTQ community at all during the rest of the year.

Still, Pride-themed merchandise is tempting to buy. Especially when said merchandise will also get you lifted and feeling great. So, we’ve put together a list of brands who are giving back to the LGBTQ community this Pride Month:

Mr. Moxey’s Mints is celebrating the month with a limited edition 2:1 CBD: THC mint dubbed Proud Peppermint Pride Pastilles. If you’re not sold on that amazing alliteration alone, it gets better. This company has partnered with LGBTQ-leaning organizations in each state where they have a presence, and are donating one dollar from every tin of mints sold to those organizations.

In California, the donations will go to the San Francisco LGBT Center; in Oregon, they have partnered with Q Center; and in Washington, they will support the organization Lifelong, specifically their Chicken Soup Brigade.

Sometimes you just need a good, old-fashioned joint that you don’t have to roll yourself. Enter Lowell. This premium cannabis company not only offers pre-rolls in a beautifully constructed pack; they’ve partnered with GLAAD for Pride Month to support the LGBTQ community.

When you buy Lowell’s limited-edition Pride Pack of joints stuffed with The Pride Sativa, part of the proceeds will be donated to GLAAD to further their mission to support LGBTQ people. Further, the pack itself comes with a poster designed by LGBT-identified artist Dina Rodriguez.

This new edible is coming out for Pride Month…but it will be available year-round in California. The company Fruit Slabs teamed up with popular drag queen, longtime cannabis advocate, and former contestant on RuPaul’s Drag Race Laganja Estranja to create a line of infused fruit strips called Pride Passion.

“I have always wanted to curate a delicious, healthy edible to my #BUDS,” Laganja Estranja explained. “More over, I’ve always wanted to give back to that very community by celebrating them and their accomplishments.  That’s why it’s important for the cannabis industry to recognize the LGBTQ+ community that built their very foundation, especially here in California with Proposition 215, and not just during pride season but year round.”

Fruit Slabs’ Pride Passion line comes in five delicious flavors and are vegan, gluten-free, and sans added sugar. A portion of the proceeds will go to LGBTQ safe houses in Los Angeles and San Francisco.

Who doesn’t love a good lubricant? And if there’s anything better than lube, it would have to be lube that’s infused with cannabis. Velvet Swing sells the world’s first water-soluble infused lubricant that boasts a perfect combination of THC, CBD, and terpenes. Best of all, this lube is safe to use with all sex toys.

Throughout the year, Velvet Swing sponsors the inclusive and comprehensive sex education organization Pan Eros, and have sponsored LGBTQ-leaning burlesque shows, including San Francisco’s “The Black Manifest” and the Washington-based “Getting Wild.” This month, they have also formed a partnership with the Seattle chain of cannabis dispensaries, Uncle Ike’s, to support local Pride events and activities.

Another edibles company on our list of brands who are giving back to the LGBTQ community this Pride Month is Kiva Confections. Best known for their infused chocolate, Kiva also offers gummies and mints—including their limited edition Tropical Punch Camino Gummies.

Kiva partnered with drag queens Peaches Christ, Heklina, and Laganja Estranja to create a line of gummies specifically for Pride—and for input on where to donate some of the proceeds. The artists chose The Harvey Milk Center for the Arts, the Los Angeles LGBT Center, and the GLBT Historical Society.

Last, but definitely not least, we have goodbrands. For Pride Month, they joined forces with the dispensary Blüm to produce a #PassForPride and #BlümPROUDLY video series with an all-LGBTQ cast and team of photographers.

Additionally, both Blüm and goodbrands work throughout the year to promote diversity in their hiring practices. goodbrands is also launching an employee resource group initiative, which will uplift their LGBTQ-identifying employees, as well as employees of color, and employees who are parents. goodbrands is also involved in a few Pride events and activities in San Francisco and San Diego.

What's the Deal with Cannabis Microdosing?

How to Find the Perfect Cannabis Edibles Dosage