Adult Use of Marijuana Act: What You Need to Know 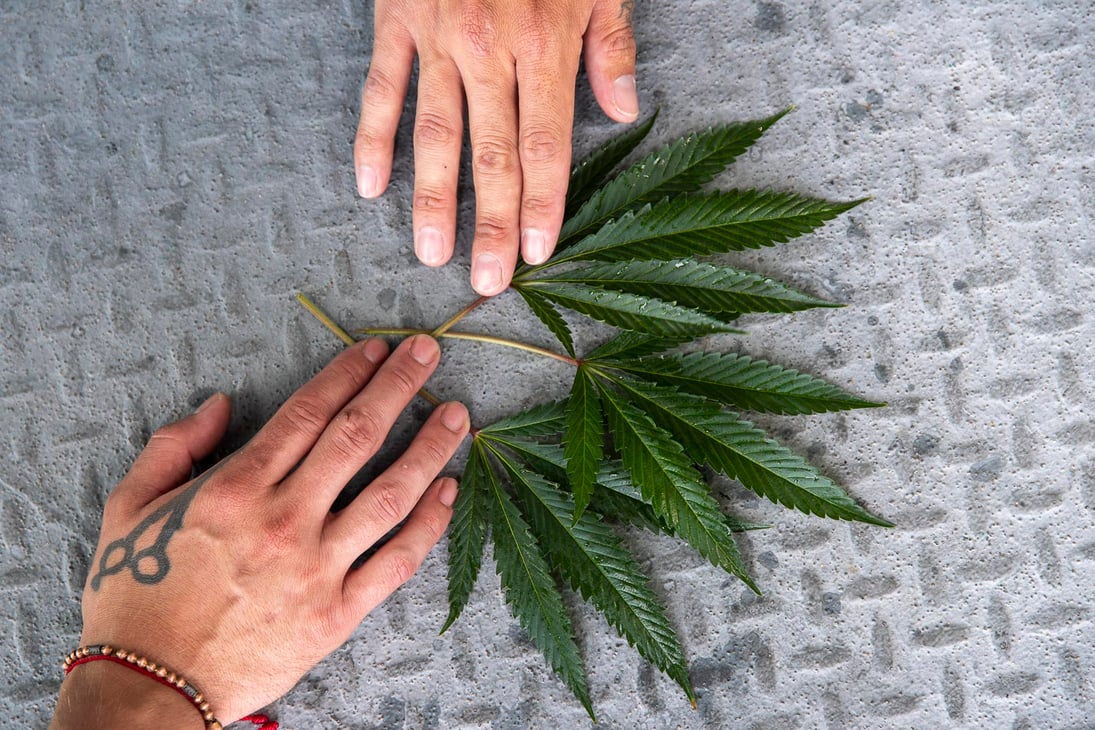 This just in!  The city of San Leandro officially approved recreational cannabis sales.  Now every Blüm location serves both medical and adult-use cannabis consumers. Browse our menu to preorder now.  Keep reading below to learn everything you need to know about adult-use cannabis in California.

In 2016, the state of California got enough signatures to put The Adult Use of Marijuana Act (AUMA) proposal on the ballot.

With over 600,000 supporters, AUMA (aka Prop 64) sought to legalize the ownership, right to grow, and distribution of cannabis for anyone over the age of 21 in the state. Not to mention, the taxation from the measure focused on stimulating the economy and relieving federal prison systems from an overload of non-violent drug-related incarcerations. After a nail-biting day at the polls, AUMA passed with 57.13% of the vote, legalizing non-medical, recreational cannabis, marking a significant advancement towards the end of prohibition as well as a promising time for an industry with a ton of potential!

With that in mind, understanding the history of AUMA and what legislation led to its acceptance is a great way to foresee what milestones lie ahead. If you're curious about the future of the cannabis industry and how AUMA makes an impact, then here's a rundown of what you need to know.

Prior to AUMA being enacted, legislation involving cannabis has taken some wild turns.

As early as 1970, the Controlled Substances Act labeled cannabis as a Schedule I drug, giving it no merit in the medical community and touting it as a risk for a high level of abuse. However, in true forward-thinking California fashion, Jerry Brown (who would go on to become governor of California years later) disrupted this severity in 1975 by signing the Moscone Act, bringing any charges regarding cannabis possession down to a misdemeanor throughout the state.

Twenty years later, California then passed Prop 215 in 1996, becoming the first U.S. state to legalize medical cannabis. When Gov. Schwarzenegger took office in 2010, cannabis possession charges were reduced even lower to a civil infraction — although Prop 19, which would have legalized recreational cannabis use that same year, was shot down by voters.

Over the span of 2012 through 2014 four states, Washington, Colorado, Oregon, and Alaska, all successfully passed measures to legalize recreational cannabis use. This momentum paved the way for California to refine its proposition with a major report on cannabis policy in 2015, eventually leading to voter support of Prop 64 the following year.

What Does AUMA Cover?

Actually titled as the Control, Regulate, and Tax Adult Use of Marijuana Act, AUMA covers the legalization of non-medical, recreational cannabis use for adults over the age of 21.

Primarily, individuals who are of age are allowed to possess, consume, and grow cannabis for recreational use throughout the state, although businesses aren't allowed to do so unless they obtain a state license.

The County of Santa Clara has outlined some helpful FAQs about Prop 64 and what it means for Californians, so taking a few minutes to review the answers may be a good idea for anyone who's knowledge in this area is a little shaky. Nonetheless, the biggest takeaways from AUMA are as follows:

What Does AUMA Mean for Cannabis in the Future?

Since Prop 64 passed in 2016, cannabis laws in the present have had major impacts across the country. As of now, 11 states and the District of Columbia have fully legalized cannabis use both medicinally and recreationally. Over half of U.S. states have either legalized medical cannabis use or have decriminalized the herb to lessen the punishments of possession.

Specifically for California, cannabis laws that are expected to pass in 2019 include the ability to consume cannabis at special events such as festivals, museums, nightclubs, and additional venues as long as the proper permits are obtained. Another potential bill gives veterinarians the freedom to discuss cannabis options with their patients, although administering products is still off the table. Lastly, one of the most impactful bills allows the state to throw out or lessen the punishment for past convictions involving cannabis use for hundreds of thousands of cases.

As the years pass, it seems that the mindset around cannabis use is shifting to a mode of prosperity, rather than suppression. The cannabis industry is expected to exceed $16 billion in North American markets in 2019, attracting tons of investors into cannabis companies with new ideas ranging from pharmaceuticals to CBD-infused beverages.

Needless to say, cannabis is a new frontier to be explored — and AUMA served as a trailblazing path forward for the US.