A Little Dab’ll Do Ya! 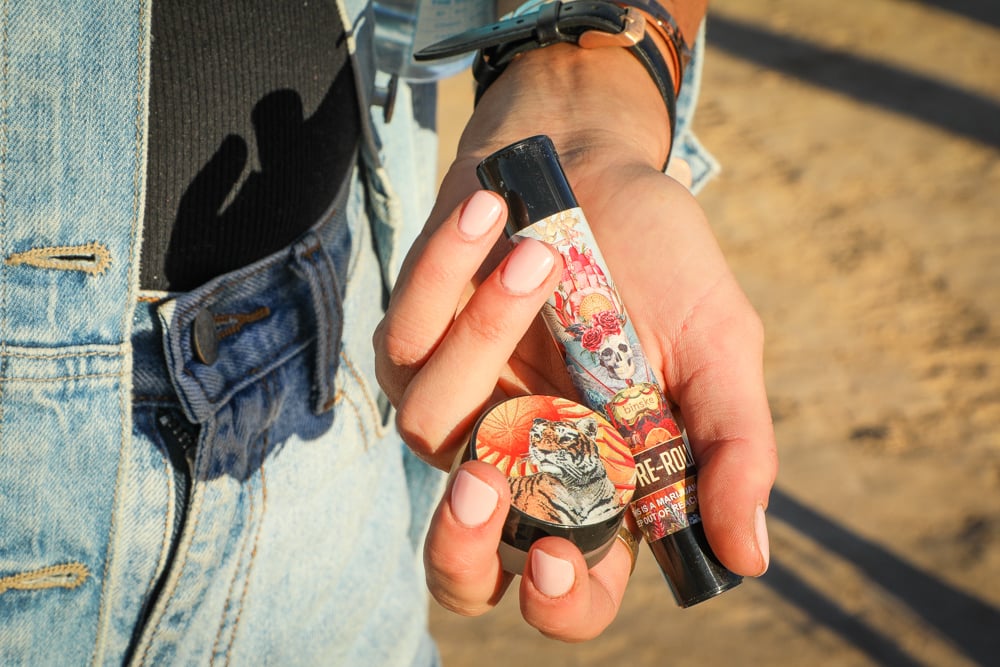 What Does Dab Mean?

“In slang, dab can be a highly concentrated marijuana extract, a type of hip-hop dance, or touching the ground with your foot while you ride a bicycle. Doing any of these actions is called dabbing, and yes, you could feasibly do all three at once—not that we recommend it.” (source dictionary.com)

Here at Blüm, we definitely don’t want you to try all three at once!  That being said, we were pretty stoked to see that this definition made it onto a mainstream dictionary website, proving that dabs and concentrates have officially made their mark.  Upon excitedly exclaiming to friends and family that 710 is coming, we often get quizzical looks.  This is one holiday that if “you know, you know” and if you don’t you might be left scratching your head thinking we were done with ‘Stoner Christmas’ back in April.

When read upside down and backwards the number 710 looks like it spells ‘OIL’ (someone was definitely high when that aha moment struck!).  Legalization brought about a newfound freedom in the cannabis industry – one that led manufacturers and smarty pants scientists to feel secure enough to make solid investments in new types of equipment that sent innovation skyrocketing.  Before we get all ooey gooey excited over budders, badders and sauces let’s give the OG concentrates a moment of glory!

Hash has been consumed for centuries and is the first commonly known cannabis extraction method.  Hash is typically made by separating the trichomes (aka the most THC-potent part of the plant) from the green shit. Ask your parents if they liked a “snake in the grass” back in the day and they will probably giggle at the 70’s reference to rolling a little hash “snake” into the center of their joints.  While hash has always been adored, concentrates were again thrust into the spotlight more recently with the rise in popularity of Rick Simpson Oil (RSO).  RSO shed new light onto concentrates and their effectiveness medicinally as Rick Simpson is a Canadian engineer known for successfully treating his own skin cancer with his homemade oil.

Concentrates can be consumed in a multitude of ways.  While these can seem intimidating at first, they are a very effective consumption manner for those with a high tolerance or those seeking a very “clean” high.  The fine tuning in extraction methods combined with the stringent testing requirements set forth by cannabis regulators makes this method of consuming cannabis one of the purest ways to enjoy THC without excessive smoking.

As the author of this article I have to admit I am a bit of a dabbing noob.  I have been using cannabis both recreationally and medicinally for 20 years, however I grew up in the Midwest where we were lucky to get whatever crumbs we got.  We couldn’t even choose between an Indica or Sativa let alone have access to something as sophisticated as live rosin.  Two decades later and I am the proud owner of a Puffco, but truthfully I am still experimenting with all of the ways to use it.   I did find that the Puffco is a fantastic introductory rig for someone like me who initially found concentrates intimidating.  The multi-temperature settings and automation make this rig fairly foolproof.  What I have found most appealing about concentrates (besides that smell … cuz ooooooooo that smell!) is that they truly make for a clean feeling high that lasts longer.  I can use a very tiny amount of product for that perfect buzz without choking on a bunch of smoke.  Concentrates are essentially isolated forms of THC with percentages ranging from 70-90% potency (typical flower THC potency ranges from 10-30%).  Two other popular forms of concentrates are Crystalline and "Diamonds” proving that diamonds are everyone’s best friend!

Since I just admitted to being kind of a noob myself I must take this moment to let you know how incredible the Blüm staff is!  I have always been welcomed with open arms and no question I ask is ever a “dumb question”.  This staff is here to help, educate, and guide the new user so that everyone feels safe and comfortable on their cannabis journey.  If you are also curious about exploring the world of cannabis concentrates, stop by Blüm and let one of our Award-winning budtenders show you the ropes.  You might just become a dabber too!

What It Means To Blüm FREELY!

Types Of Cannabis: a Blüm Guide